When I returned from my summer mission in Milwaukee in the beginning of August, I was worried. I’d spent the two months surrounded with people who were on fire for the Lord, and home for me was the opposite of that. I’m the only believer in my immediate family and my friends from home don’t have an interest in knowing the Lord. Also, everyone around me was busy with work and school.

I ended up spending most of the last month and a half before school started by myself. I needed to find healthy ways to entertain myself, so I started to try out some new hobbies. I really quickly found a knack for weaving friendship bracelets (I made 6 or 7 within 48 hours.) and calligraphy (though that is still a work in progress). Most of all though, I spent a lot of time with the Lord. I read through Romans this summer and learned so much about the Gospel and what it means for all of us.

Right as school was about to start back up, I found out that Cru on my campus would look a lot different in the upcoming school year. There would only be one Bible study a week for students to go to. Having one Bible study meant that I would not be leading with Cru as I went back to school. I also would be transitioning to a new church because I no longer had a ride to my church.

Not leading with Cru has again left me with a lot of spare time. This time around, I read, a lot. Fictional books, Christian books, basically anything I could. I also got into a good quiet time routine of reading my Bible every night before praying. I would wake up most mornings and play worship music right away.

Then, I got some bad news. A woman who has been mentoring and discipling me for roughly a year is doing what God has called her to do, which means leaving the school. I had mixed emotions when I found out. I was happy because she is stepping out in faith and trusting the Lord, but also distraught because she was one of the first people to SEE me.

This past weekend, my dad’s appendix burst. He has been in the hospital for two nights and will be for a few more. I have been alone in the house watching our dogs. With all of the time I have been spending alone in the last few days, I have spent a lot of time in the Word.

Throughout all the changes and struggles of this season of life, I have been constantly reminded of the goodness of God as I spend more time with him. Specifically, I have been meditating on Romans 8:38-39 “For I am convinced that neither death nor life, neither angels nor demons, neither the present nor the future, nor any powers, neither height nor depth, nor anything else in all creation, will be able to separate us from the love of God that is in Christ Jesus our Lord.” 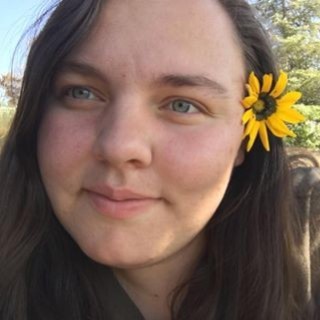